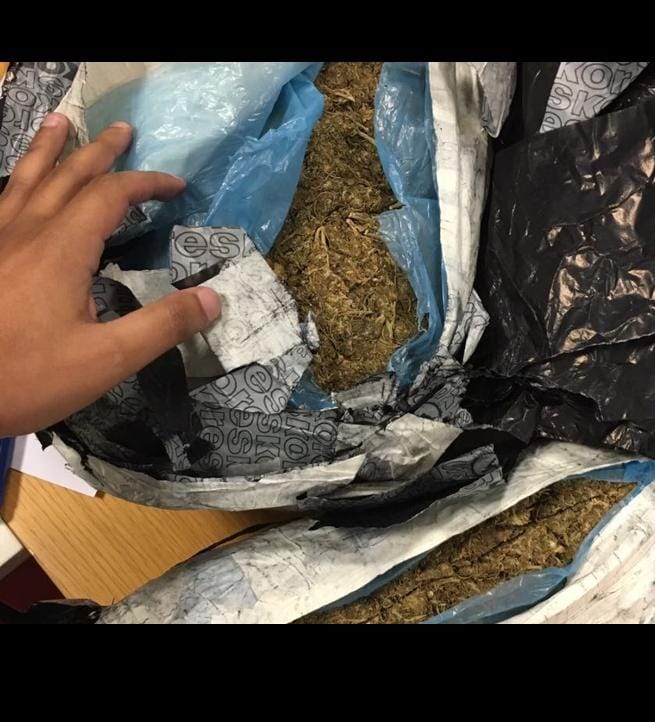 Customs thwarts a number of drug smuggling operations of "Gat", marijuana, and psychotropic substances, besides, raiding sites of selling and storage contraband materials.

The Directorate General of Customs managed to thwart smuggling operation of "Gat" and drug at the port of Sarfeet, during this operation the accused was hiding 35 packages of gat in different parts of the vehicle.

In addition to, a total of 2.6 kg of marijuana and more than 2,400 tablets were seized during personal luggage checks at Muscat International Airport.

Department of Investigation and Risk Assessment at the Directorate General of Customs managed to raid a number of storage and sale sites in Muscat Governorate and seized 1290 bottles of wine, 1788 prohibited cigarettes and 823 kg of prohibited tobacco.