Foiling a number of smuggling cases 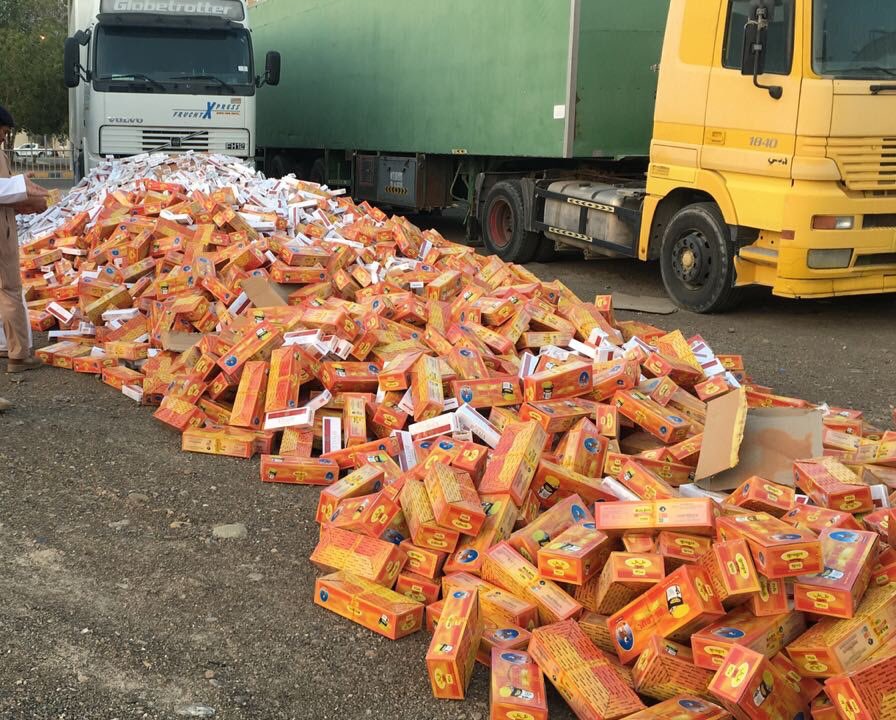 Foiling a number of smuggling cases

The Directorate General of Customs prevented the smuggling of quantities of cigarettes and prohibited tobacco products at the Wadi al-Jizli outlet. The quantities of more than 10000 forbidden packages and 600 kilograms of chewing tobacco. These materials are, professionally hidden, in a truck loaded with sand.

In a another operation at Khatamat Malaha the police managed to thwart a professional smuggling of quantities of cigarettes hidden in the engine of a vehicle in a box specially designed for smuggling purposes. Another case of smuggling thwarted an operation of smuggling of chewing tobacco through Sohar port, which was hidden in boxes of food stuff, an official source in the Directorate General of Customs declared.